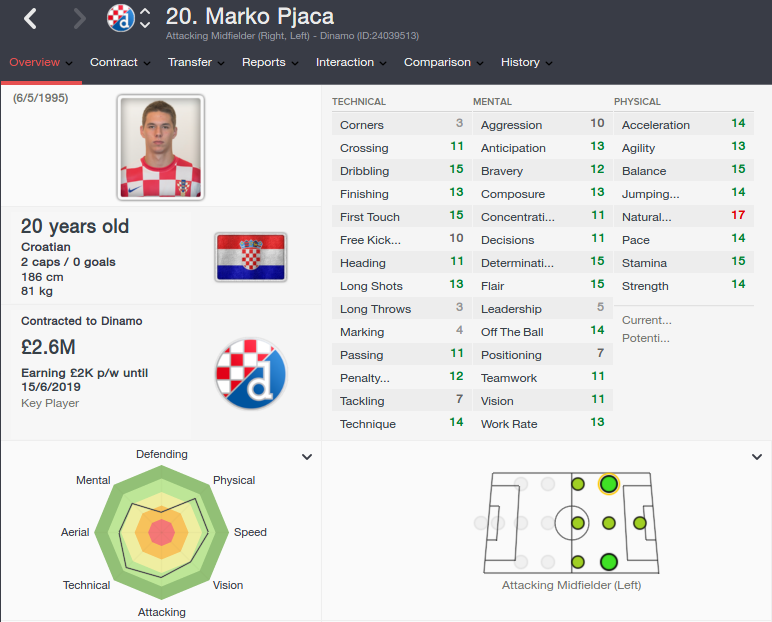 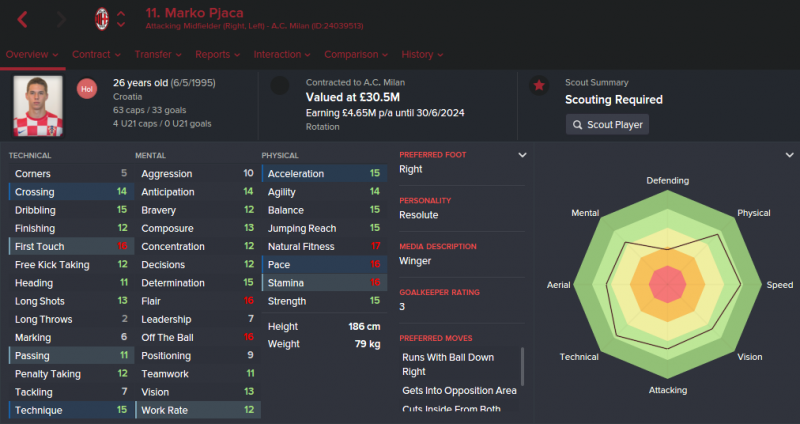 The FM 2016 player profile of Marko Pjaca shows a talented young inside forward, capable of being effective in that role from both flanks thanks to his skills and preferred moves. Dinamo Zagreb won’t let him go easily, so I’m afraid you will have to spend quite a bit of money to get him, especially since most of Europe’s top clubs are watching him closely.

In my test save he moved to Monaco for 22.5 million, caused panic throughout Ligue 1 for a few seasons and then moved to the Serie A at AC Milan, where he also managed to provide a good number of goals and assists.

He developed good technique and also reasonable speed, he should be a good asset in any team that employs inside forwards as he likes to cut inside from either flank and get the ball inside the opposition penalty area.

I think, this player can be developed more if he is given right amount of first team chances. He’s mentally quite strong, promising technique and outstanding physical ability.