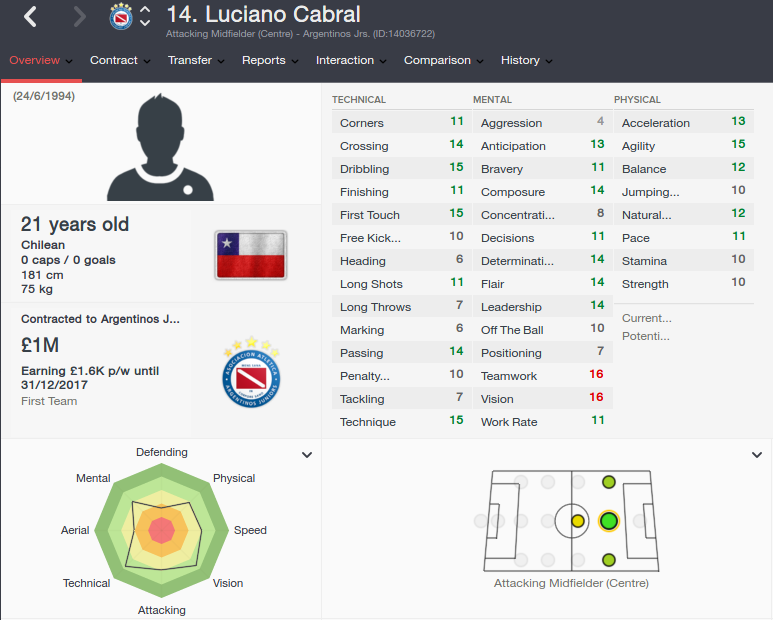 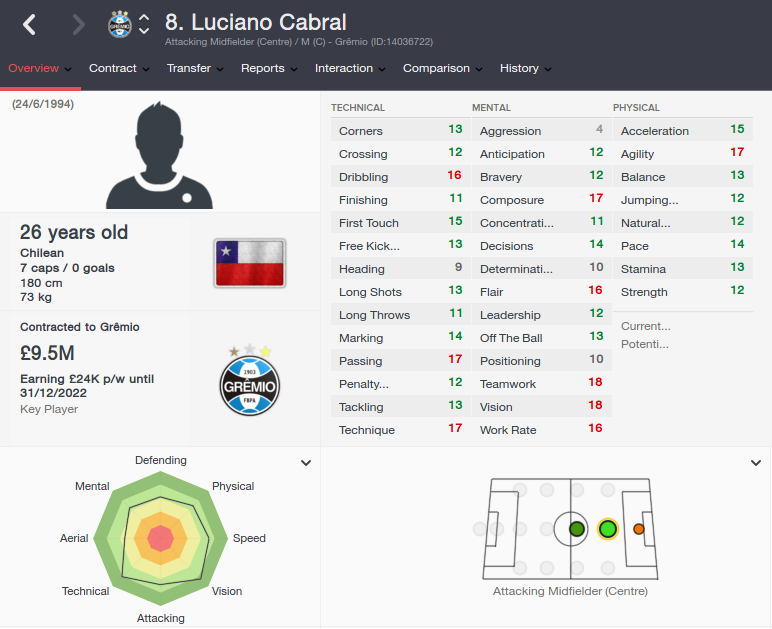 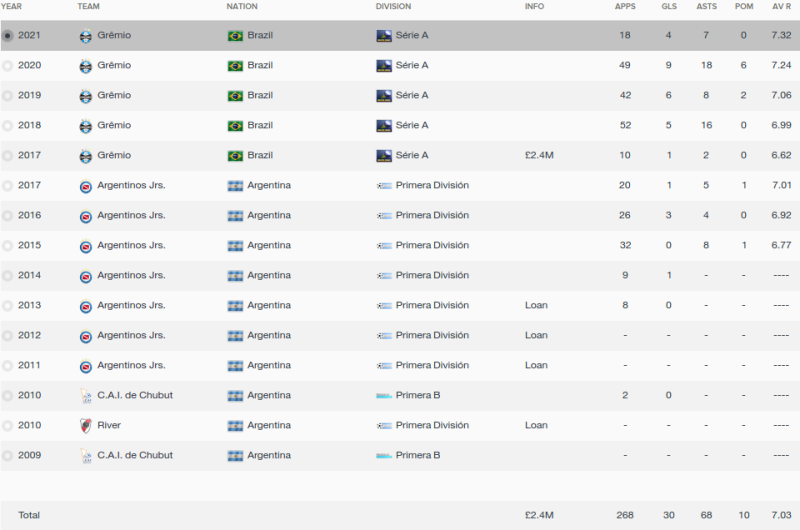 The FM 2016 player profile of Luciano Cabral shows a talented young advanced playmaker, with pretty good potential as well. He is available for just 3.5 million at the start of the game, which is a good price for a player with such potential. The drawback is that he most likely won’t get a work permit for England right away.

In my test save he never managed to make the leap to Europe but he did move to one of the biggest clubs in Brazil, Gremio. He did a fine job there and developed pretty well too. His flair and vision became excellent, in addition to great technique, passing and agility.