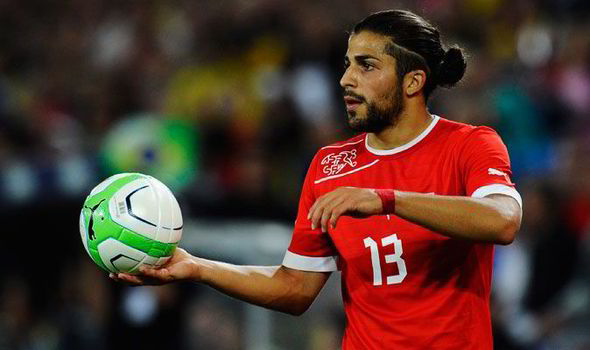 Role: full back / wing back / complete wing back

In my test save he moved to Chelsea and then to Barcelona and made quite a career with his national team as well. The stats show consistent performances in every season while his future profile attributes show a competitive complete wing back. He does lack a bit of acceleration but he compensates with great stamina, excellent mental attributes and very good defensive skills.

Pace and technique is below average…there are other better alternatives.

15,16 pace is more than ok for a r. defender , i think you don’t know what you are talking, what technique do you need for a player than his main task is to destroy opponent atack first ,then to support ,yes he is not D. Alves (even he can cross pretty good) but he is much better at defending that D. Alves ,that for sure :)

Favourite left back I’ve had. Immense in my Liverpool save

He does have a problem of low dribbling and acceleration at the start, but with proper training and guidance he’ll become a beast, especially with that mental attributes.
He never agrees to sign for my Liverpool side no matter how hard I try during the 1st season, and by the 2nd season his price already skyrocketed :(