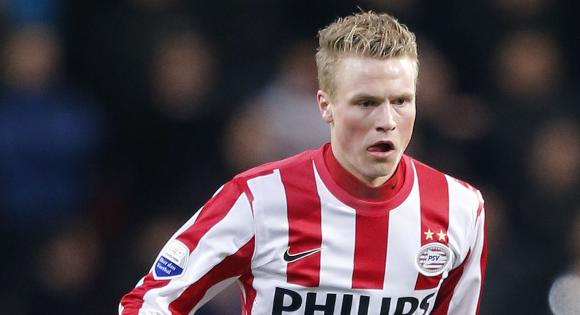 This FM 2014 player profile of Oscar Hiljemark shows a solid young central midfielder with enough potential to play for top clubs in the future. PSV are not willing to sell him right away but they can be persuaded with the help of 7.5 million pounds, not exactly cheap but not over the top either.

In my test save Napoli spent 14.5 million to get him and he was worth the fee considering his stats for the four and a half seasons he has spent in Italy. His future profile screen shots shows a good box to box midfielder, strong and willing to work but with good passing, technique and creativity as well. He can also do well as a playmaker given his mental attributes.

Playing him in my Man Utd Save. Fantastic Player I use him as a deep lying playmaker and somtimes as a box to box midfielder in 14.3.