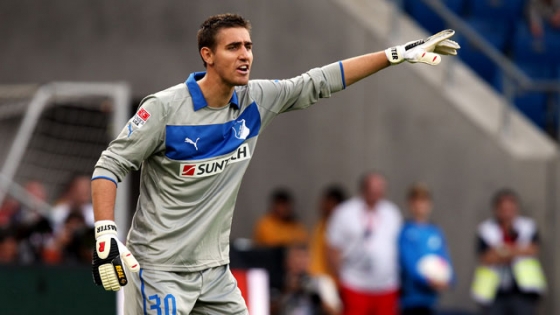 This FM 2014 player profile of Koen Casteels shows a great young goalkeeper, excellent in the air and also suitable for the sweeper keeper role. Unfortunately Hoffenheim can’t be persuaded to sell him so easily, you would need to spend 8.5 million to get him at the start of the game.

In my test save he remained at the German club until 2019 when PSG threw 20 million pounds to get him, so I guess there’s hope for a good profit even if you pay that initial price tag. He became a good sweeper keeper but one that is also very good in the air, with the help of his physical status. You might need to work a bit on his reflexes and handling but apart from that he’s a great goalkeeper.

P.S.: Thanks to LmFaO for suggesting this player, much appreciated.

He was very good for me at Hoffenhiem. Did you get any further with Hojbjerg kid from Bayern?

We have his profile here: http://footballmanagerstory.com/scout/fm-2014-player-profile-pierre-emile-hojbjerg/