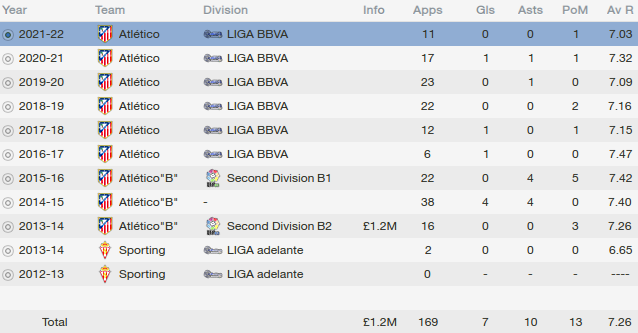 This FM 2014 player profile of Jorge Mere shows a reliable, solid centre back available at a very good price. First things first Mere doesn’t have the potential of a Balanta or Doria, he is a few brackets down from the very best wonderkids, but what he does have is the mix of attributes that can always develop to make him a good rotation option at least. In my test save Mere developed a good physique and gained 17’s in very important areas such as marking, positioning and anticipation. He may not always be a world beater but he’s a very good option as backup for just £1.2 million.