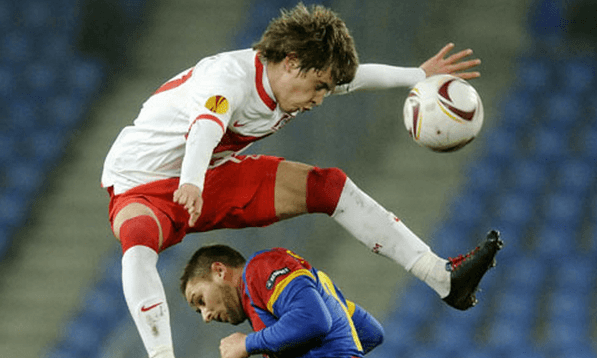 Please note future screenshots are from previous patch where Jano had slightly higher potential so he may not reach this standard.

This FM 2014 player profile of Jano shows a versatile midfielder with the rare ability to make something happen from nothing. Jano can play almost anywhere, on either wing, as central midfielder and his preferred position of AMC. You could also assign almost any attacking role, but I think he’d be especially lethal as shadow striker or playmaker. During my test save this wonderkid developed good physical attributes that enhanced his outstanding technical ability, great creativity and very high flair.

£12 million is a bit much considering other options in the same position, but Jano is still worth the tag if his flexible potential is maxed out. After been Moscow’s top asset in my save he moved to AC Milan and proved he can cut it at the top with 4 goals and 10 assists during his first Serie A season.

Got some screenshots of some wonderkids not done by you yet any chance I can send them In?

Yes of course, please send them too darrensmith360[at]googlemail[dot]com

If you read the description it gives you a big clue. Your save must have been started in the previous patch, his PA in the new patch is -8, so its correct.