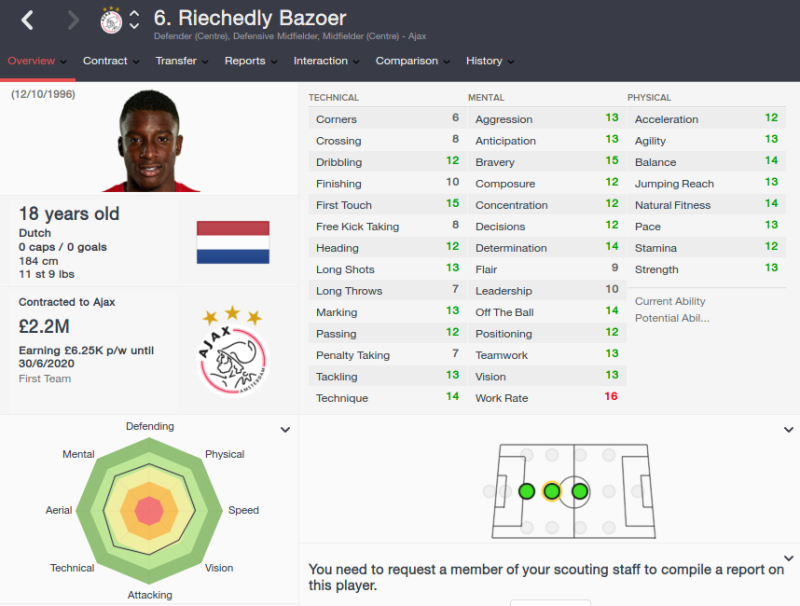 This FM 2016 player profile of Riechedly Bazoer shows an all round midfielder capable of attacking and defending with high potential. In my test save Bazoer developed fantastic physique, he is fast, strong and enjoys a great engine. Those mental attributes are impressive with virtually no weakness and his technique is good too. Its handy to have a central midfielder capable in numerous roles and if that £38 million asking price drops (which it will) hes well worth a bid.

I have him slot in as a ball playing centerback, he’s got everything necessary to do well there.