Club: Chievo (on loan at Siena) 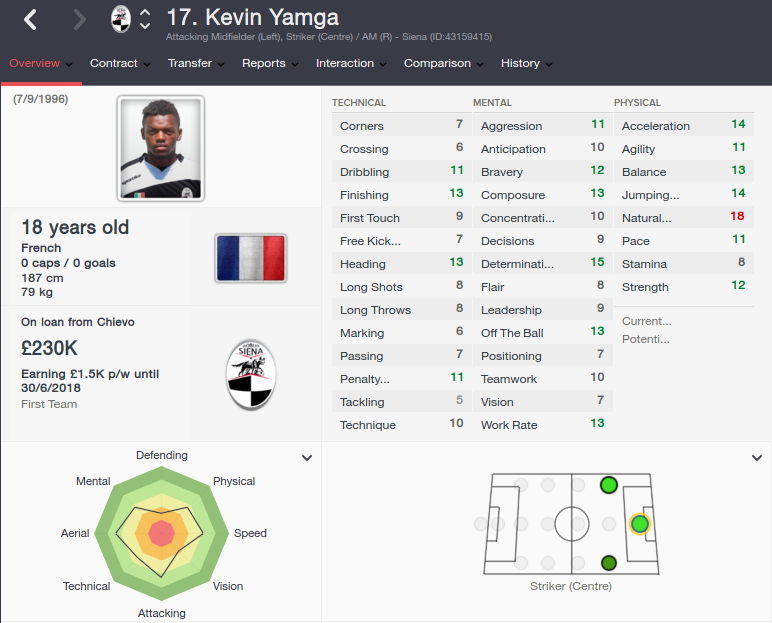 This FM 2016 player profile of Kevin Yamga shows a young striker with the potential to be a future French international forward. His future profile shows a pretty versatile attacker, making him ideal for position-swapping tactics in your forward line. His high physical stats alongside an eye for goal make Yamga a very interesting option for any team, whether you decide to play him out wide as a raumdeuter or through the middle as an advanced forward.

He’s not exactly pulled up any trees in this test save, but so far has shown to perform consistently, which has got him several call-ups to the France squad.

At the start of the game he’s on loan at Siena, and Chievo will not let him go for any less than £4.5 mil. If you’re super keen, then go for him, but I have a sneaking suspicion that he’ll go for a lot less the next year. A one to watch, that’s for sure.