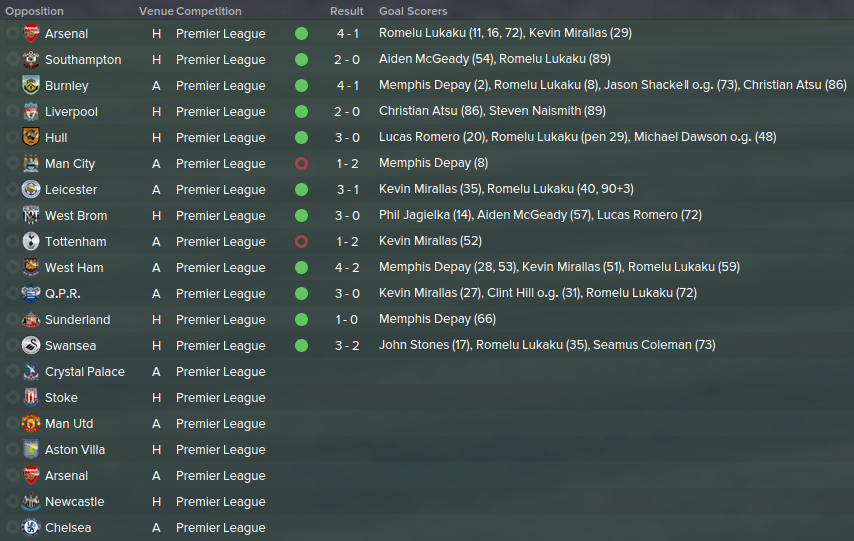 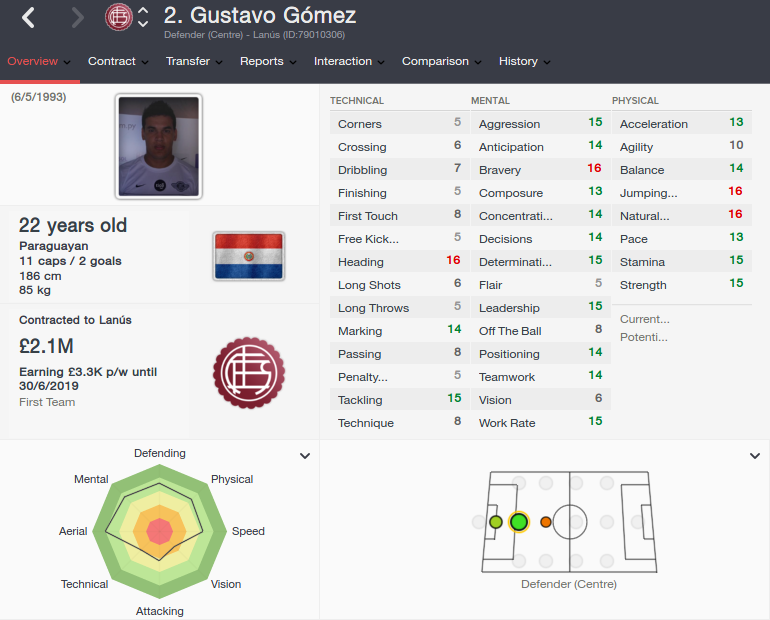 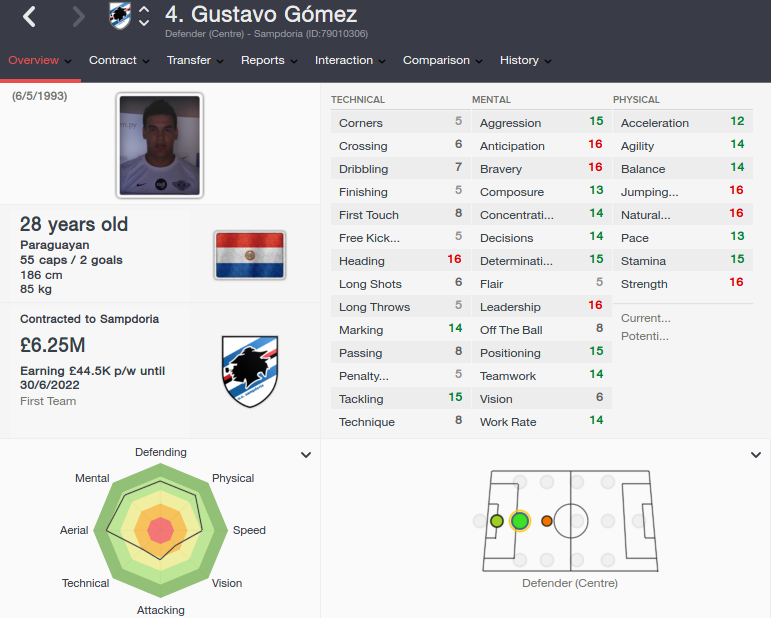 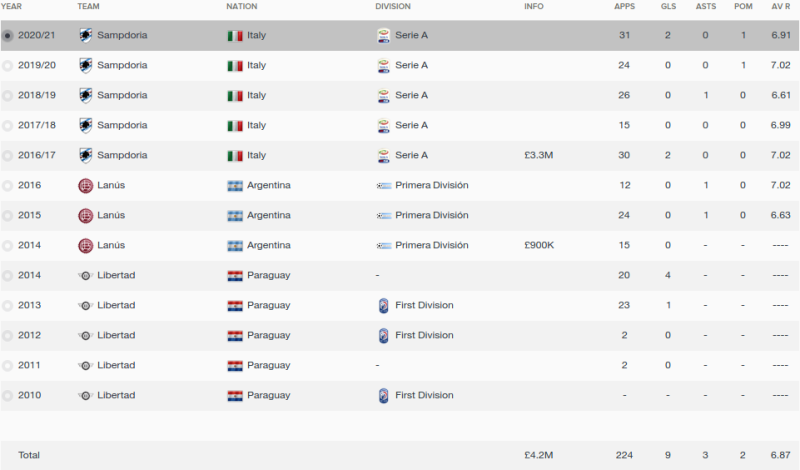 The FM 2016 player profile of Gustavo Gomez shows a solid, young and cheap central defender, quite a bargain for most European top-flight clubs. Lanus want just 3.5 million for him at the start of the game, should be a good investment considering his potential. However, you should be aware of his difficulties in obtaining a work permit for England.

In my test save he was bought by Sampdoria and slowly established himself as a first-team regular at the Serie A club. He won’t become your team leader or a world-known star, but he will surely develop into a very good central defender. His strength and aerial prowess are complemented by decent speed and agility, while his mental attributes will also be quite satisfactory for a centre back.