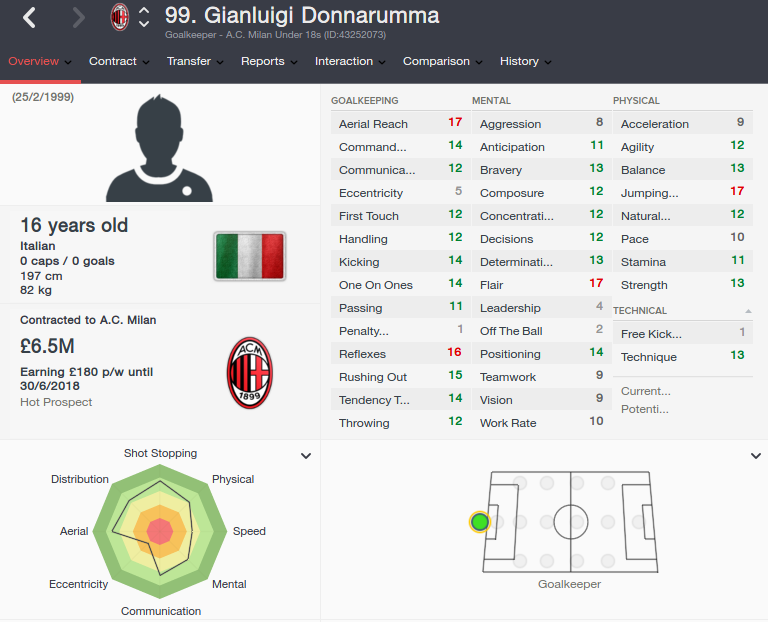 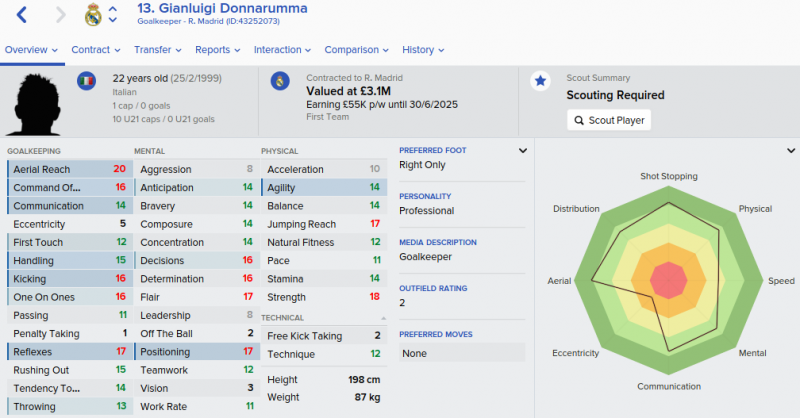 The FM 2016 player profile of Gianluigi Donnarumma shows a great young goalkeeper, he has world class potential and a very bright future ahead of him. Unfortunately he doesn’t want to leave his club at the start of the game and that’s a real shame considering the very low compensation fee.

In my test save Real Madrid snapped him up for just 5 million, loaned him out for a couple of seasons, then used him as a backup before he finally claimed the number one spot at the Santiago Bernabeu.

The future profile screen shot shows a goalie that is the master of the penalty area when it comes to aerial threats, but he also developed nicely when it comes to reflexes, handling and positioning. Considering that the future screen shot was taken at the age of 22 I guess it’s reasonable to assume that he can become even better, should be a world class goalkeeper.

Check out the screen shot below, sent by Koonaks, showing Donnarumma’s progress in his FM 16 save: 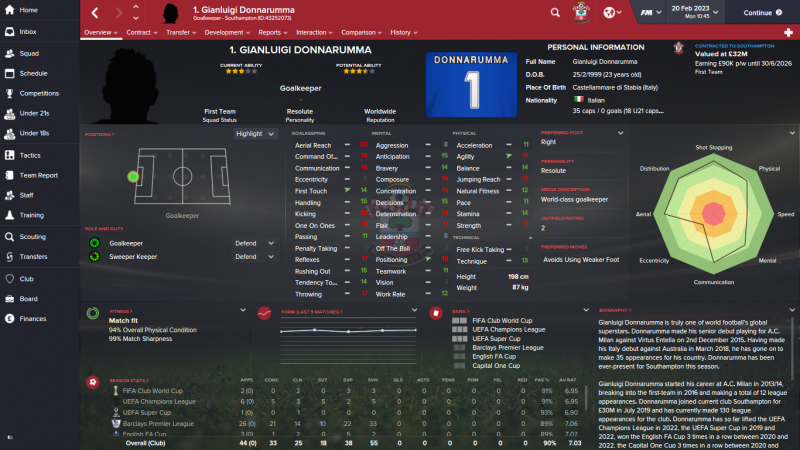 Another screen shot, sent by Snorli: 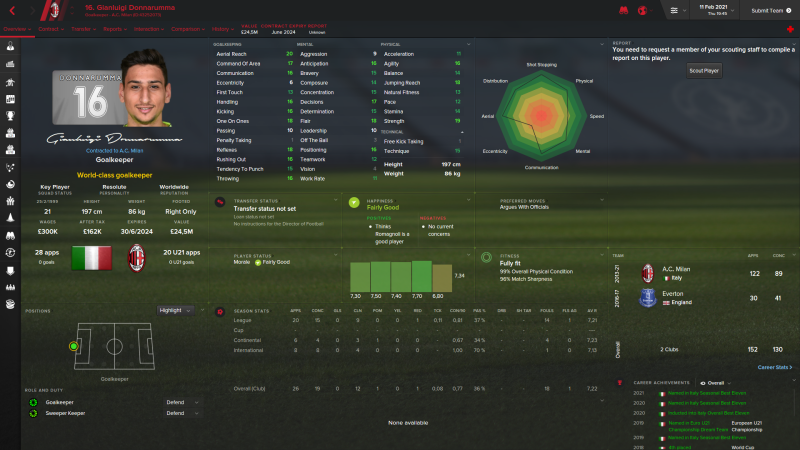 Great goalkeeper. I managed to get him at the beggining of the first seasosn, at 2.2M, with Benfica. AC Milan accepted the offer but then the agent didn´t let me negotiate with him. However the game offered me an option were i could speak directly with the player and i convinced him to sign up. Im only un my second season but i´ve been rotating him with Rulli and he´s developing just fine. By the way, will you also profilie Rulli? What about other Benfica youngsters such as Renato Sanches and Nélson Semedo? Keep up the good work.

Rulli – probably not, I’d rather focus on younger players. Benfica youngsters – they are quite talented indeed, they will surely be considered for profiles.