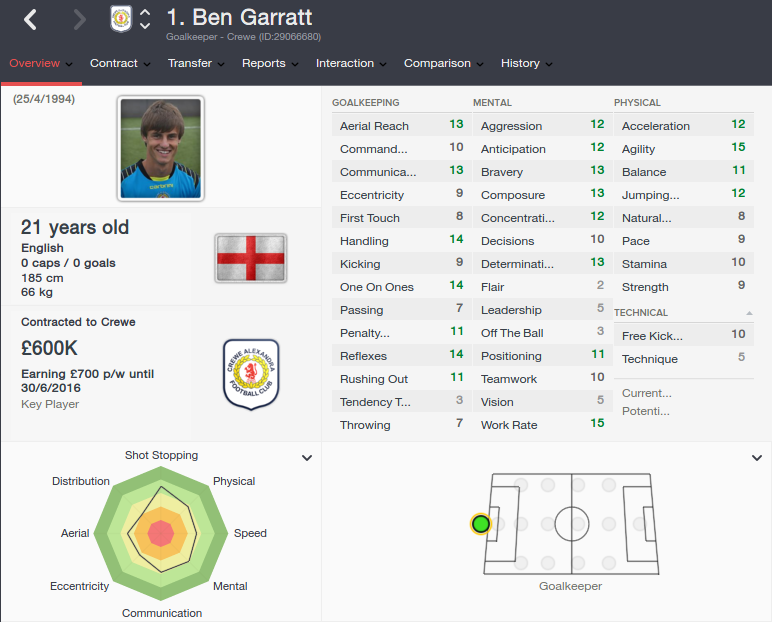 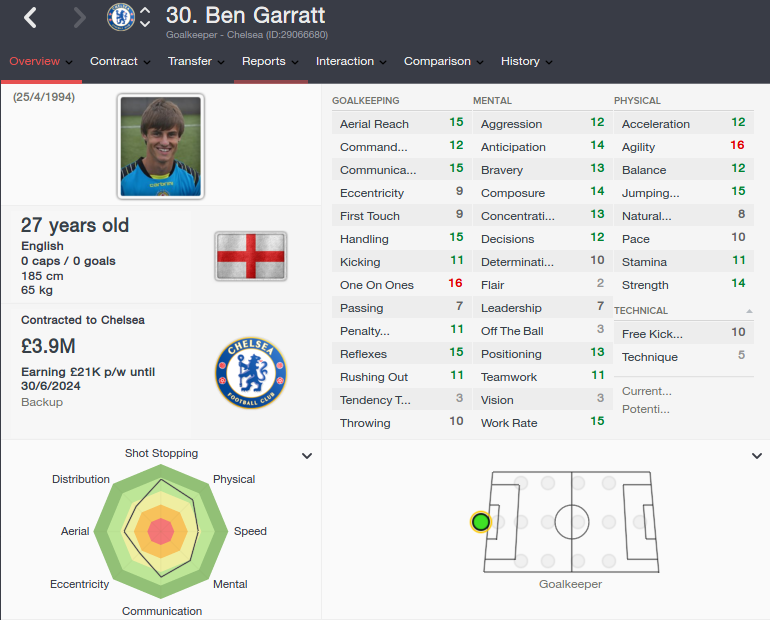 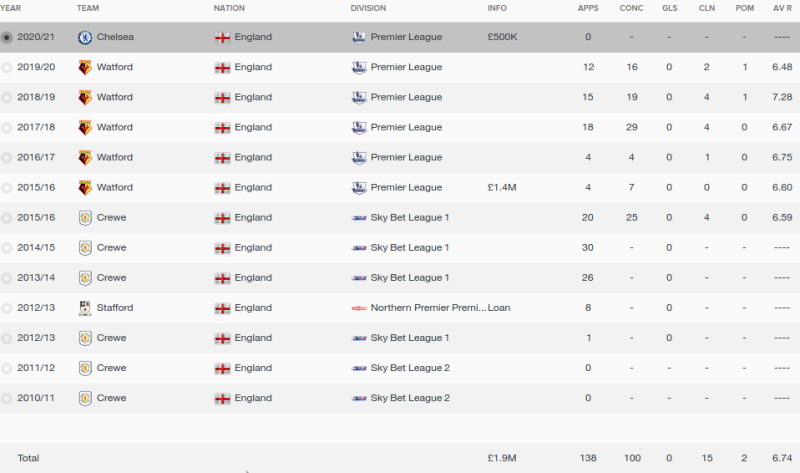 The FM 2016 player profile of Ben Garratt shows a promising young English goalkeeper, with potential to become a good Premier League goalie. You can get him for just 1.2 million at the start of the game and that is quite a bargain considering how good he can become. However, his initial ability is not great, so you should manage his first-team minutes carefully.

In my test save Watford brought him into the Premier League after the first season but he never managed to become their undisputed number one. Then they offloaded him to Chelsea as the Blues needed a decent backup goalie. So there wasn’t much glamour in this career but the kid can surely do much better if given enough playing time. The potential is there, it’s just a matter of good and careful management.