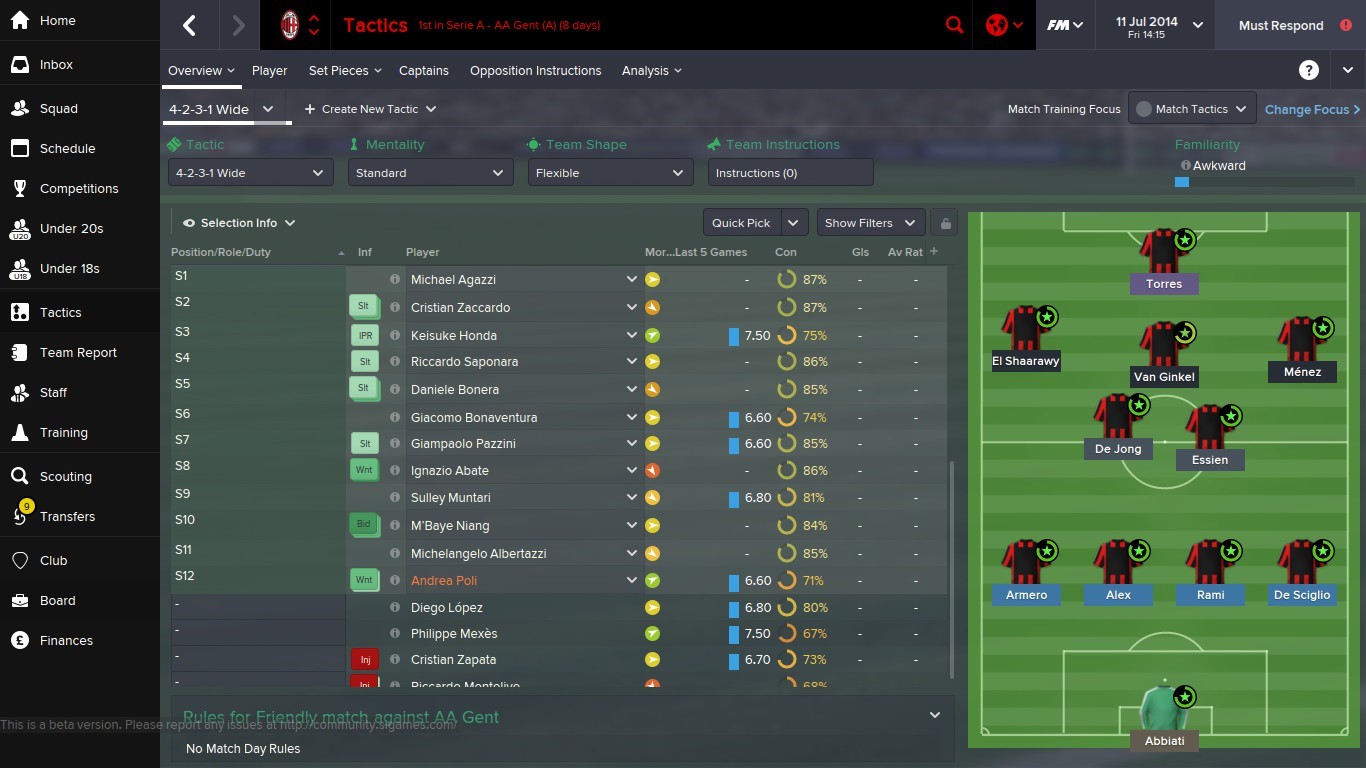 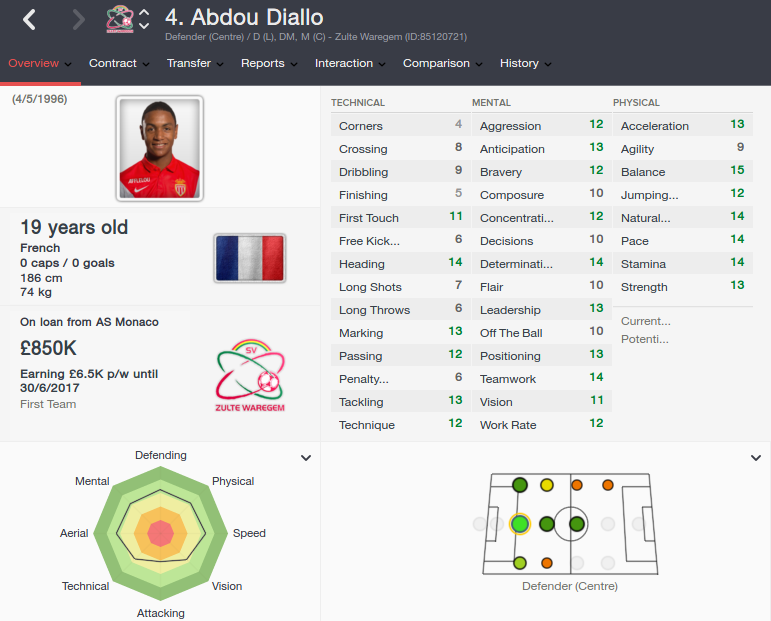 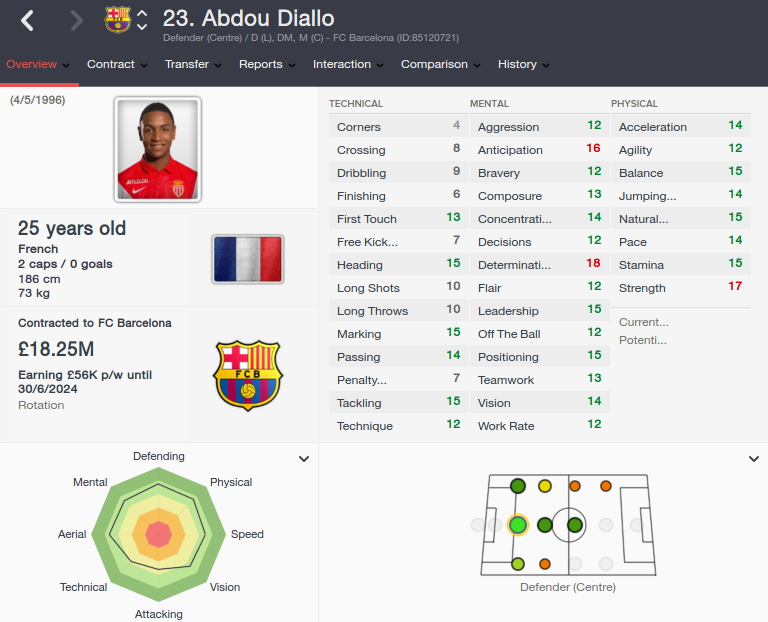 The FM 2016 player profile of Abdou Diallo shows a versatile young central defender, a lad who can become a top player in the future. Monaco would accept 3 million for him at the start of the game but the deal wouldn’t go through until July 1st 2016, when his current loan deal runs out. So I guess waiting until the end of the season would be the best option.

In my test save he had a very good career, moving first to Juventus, then to Derby for a bargain price and eventually to Barcelona for quite a lot of money. He had an outstanding season at the Catalan giants, slotting right into the first team and delivering solid performances.

He developed excellent physical attributes, becoming both strong and quick, solid mental attributes as well, along with nice tackling, marking and heading. He is also quite good at passing the ball, so if you need a ball-playing defender you might consider investing in this kid.