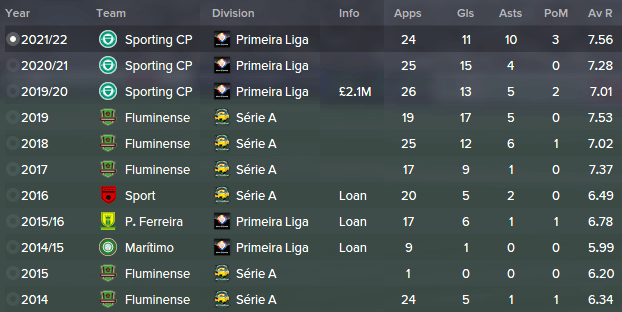 This FM 2015 player profile of Robert shows a talented attacking midfielder capable of creating and scoring behind the striker. Roberts attributes can vary slightly at the start of each game, like his determination and natural fitness for instance. While that does have a baring on the Brazilians development his potential ability is flexible and high also, so he could be a world beater one save then merely good for top flight teams another.

In my save he developed well but not to his full potential. With great passing, dribbling, touch, long shots, composure, flair and vision the kids a handful. Not worth the £9 million asking price but certainly worth watching in case he develops fast or that asking price drops.