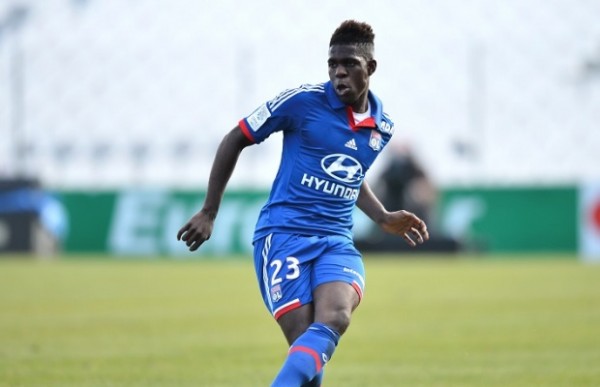 This FM 2014 player profile of Samuel Umtiti shows a sensational defender, this lad has all the attributes of an almost perfect centre back. The bad news is that Lyon value this player quite highly, they want 17.5 million for him at the start of the game and I don’t see much hope of that price tag dropping too much in the future. In fact, he remained at Lyon until 2020 in my test save.

He did a great job there though, great average ratings throughout and a solid 53 caps for France until the age of 26. Moreover, he gained the ability to play as a left back as well. He developed solid speed and good strength, amazing mental attributes (just look at his anticipation and composure!), and strong defending skills along with decent passing and technique. He is one of the best central defenders in the game, if you have the money this lad is surely one to get (and keep).

Hey Darren I sent you an email with a good few player profiles on sunday. Just wondering did u receive the email. One of the profiles was Umtiti, for a second thought it was going to be the profile i sent you.
He’s a quality centre back anyway, was great for me, breaks my heart a little bit that i decided to cash in on him.

Yes I recieved it thanks Ross, been struggling for time at the moment to work through my mail but will be replying very soon. Thanks for them by the way.

I just want to tell everyone that U can get Umtiti for 7 to 9m before the start of the second season because he has contract until 2015 . Ter Stegen is also cheap after one season , u could buy him for around 11m . Cheers !

No problem, take your time, don’t want to be hassling you, just thought when i saw Umtiti’s profile that maybe the email never sent.
Hopefully you’ll like one or two of them!

You can buy this fella for about 5 million a few seasons in!

Can’t recommend this guy enough.tried to sign him with Newcastle straight away but couldn’t afford him, but managed to sign him in jan 2015 as his contract was expiring for a huge sum of £3.5m! Rejecting bids of £35m + for him at start of 2016/17

I was able to get him quite cheap in the second season because his contract expires in 2015. He hasn’t set my team on fire yet, though he might take time to settle. I am looking forward to seeing how he develops.

in my save this lad is at PSG and they want 67 million for him. Any chance for a profile for Jonathan Silva?

The best chance, we have already profiled him :) http://footballmanagerstory.com/scout/fm-2014-player-profile-jonathan-silva/

Any chance of a Kurt Zouma profile? Just got him on my Atalanta save and sent him back to St Etienne for the season on loan and he’s normally one of the first to get a profile so just wondering if he’ll be getting one

I’m a bit spoilt for choice as I have Balanta and Doria for my first choice CBs with Marquinhos and A. Milosevic as backup. Still I think I’ll part with one of them and see how I fare with Umtiti as he’s available for around 10 million at the start of season 2.

Just curious, is Marquinhos getting a profile?

Yes, would have gotten it earlier but was quite unlucky in my test saves so far.

Hi Darren, this guy looks very decent. However should I grab him for Man United? Since his height only 1m82 it will be a weakness to exploit if I play him along side with Phil Jones (only 1m80)

The pair would be rather weak in the air, maybe you should get somebody that’s better in the air to pair up with Jones.