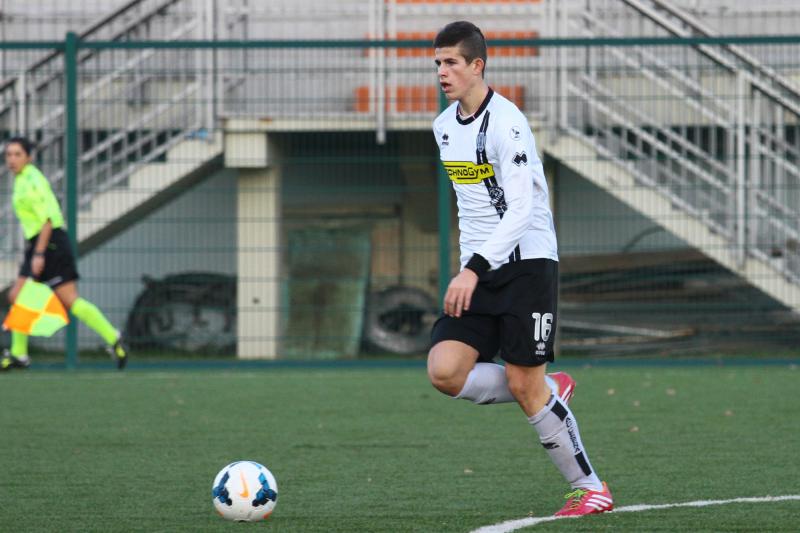 This FM 2014 player profile of Luca Valzania shows a pretty good bargain, a wonderkid left winger that can be bought for less than 1 million pounds at the start of the game. He is on a youth contract so you don’t even have to negotiate with Cesena, just offer him a tempting contract and pay the set compensation fee.

In my test save Liverpool bought him after he had signed a senior contract and then loaned him out across Europe, from Norway to the Netherlands, back to Italy and then to Russia. Then they sold him to Lyon where he finally found his place, became a first team regular and delivered solid performances throughout his two seasons in France. His development was quite impressive as well. He acquired excellent technical skills at the age of 24, good creativity and off the ball movement plus good speed and agility in addition to great strength for a winger. He also learned a new position, he was able to play as AML as well during his spell at Lyon.

this is one thing i could not notice, this kid developed like a beast with out any, or with small amout of play time. So i wonder what would happen if it does have that time. im saying this because he seems easy to develope the skills, and probably is one of the kids that you might have the pleasure use him in regular basis. and last but bot least this kid might be the KING of bargains at this moment.

He developed very well in this save, I’m pretty happy I managed to find him because I admit I had never heard about him before :)

This dude’s potential is only two stars! What type of wonderkid is this?!

You do realise that the stars mean very little unless put in context right? Do you actually know where those stars come from what contributes to them and what effects them? That is why we do these profiles so you can see something tangible, like how they could actually develop in the future.

He has flexible potential also so chances are he will have less potential in your save than he did in mean, just one of the things that contributes to the star rating.