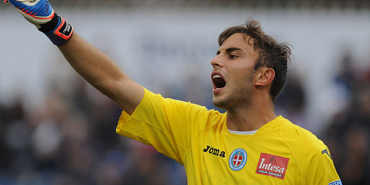 This FM 2014 player profile of Francesco Bardi shows one solid keeper that rarely makes a wrong decision and hold potential for the highest level. During my test save Bardi developed exceptional decision making skills, great command of his area, communication and good handling. All this suggests he can handle himself during corners and steward his area during most crossing situations. He also has great reflexes and good ability when one on one. The only real concern for me would be his distribution, kicking and throwing are a little low.

When you consider he gained all this despite playing next to no football for three seasons I think he can be considered when of the better young keepers this year. £13 million is too much but the price should drop after a few season.