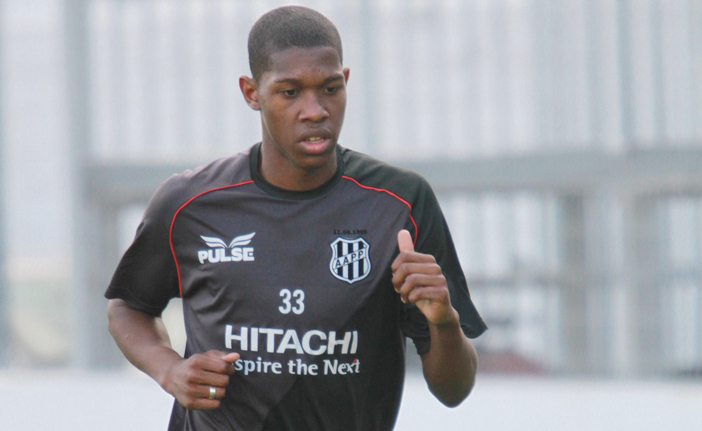 This FM 2014 player profile of Alef shows a very talented young Brazilian defensive midfielder, this lad has both vision and strength. You can get him for 7 million pounds at the start of the game and he would get a work permit for England too, but I think you might want to wait for the price to go down a bit.

In my test save he was snapped up by Sporting for just 1.8 million in 2016, a great deal for the Portuguese club considering his stats in the four seasons he then spent with them. He developed great passing and creativity but also good strength, tackling and marking.